Gharar: Its Meaning and Forms

Prohibition of gharar is one of the most important foundations of Islamic finance. Many rules are based on this foundation. This articles explains the meaning of gharar and highlights its most common forms with examples. 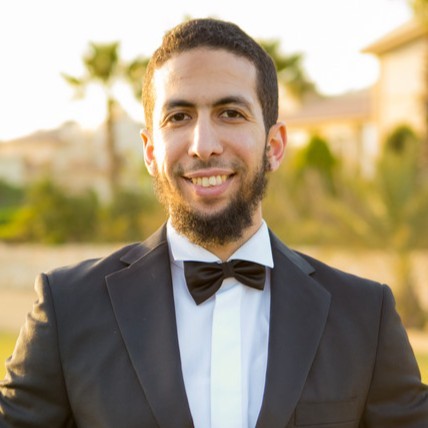 Prohibition of gharar is one of the most important foundations of Islamic finance. Out of it come many rules and guidelines in Islamic financial transactions and products.

Gharar in Arabic means danger. In Shariah, it means the presence of an unknown part in an exchange contract that can cause a dispute to arise between the two parties, loss of the right of one of them, or harm to anyone of them. Not fully knowing the commodity or the final price are simple examples of gharar. By “exchange contract”, we mean a contract where a person gives something in order to get something in return, such as sale and lease contracts (bay’ and ijara).

There is consensus on the prohibition of gharar overall, with some disagreement over a few details. The prohibition of gharar is proven by the hadith of Abi Hurairah in Sahih Muslim: “The Messenger of Allah, may Allah bless him and grant him peace, forbade the pebble sale and the gharar sale”. The pebble sale was a well-known form of sale among Arabs, where the buyer throws a pebble at a set of commodities after the seller said to him: I sold you what the pebble falls on. It was a form of gharar, because the buyer, when concluding the contract, didn’t know the commodity he was buying. It is worth mentioning here that a contract in Sharia can be concluded with an oral agreement. Documentation is not a condition per se.

“A big example of gharar contracts in contemporary times is the conventional insurance contract.”

One form is the sale of a good that the buyer has neither seen nor known its description in an appropriate way that removes his ignorance of the good. For example, someone says to another one: Would you buy my such-and-such house? – while the buyer never saw this house nor knew its descriptions, and he accepts so that they conclude the contract this way. A buyer requests an item by phone while he didn’t see it and didn’t know its features; or a person concludes a job contract without knowing the exact work required. All these are forbidden and void contracts due to ignorance of the commodity or the service subject of the contract.

A second form of gharar is the ignorance of the price at the moment of concluding the contract, such as concluding the purchase of an item over the phone but knowing the price only when it is received, i.e. after conclusion of the contract, or buying an apartment in installments while its price is likely to increase during the delivery period, so the buyer here ignores the final price, or he concludes a work contract without knowing the wage, or to obtain a service from a person such as repairing a device or sewing a dress without knowing the cost previously. All these contracts are forbidden and void due to the gharar caused by the ignorance of the price.

A third form of gharar is the sale of something that doesn’t exist yet. It is gharar because one doesn’t know whether it will be there or not. An example of this is a widespread form in the countryside, which is the sale of a lamb in the belly of a cattle before it is born. It was stated in the hadith in the two Sahihs: “The Messenger of Allah forbade selling the fetus of a pregnant animal”. This is because we aren’t sure whether it will come out alive, and if it comes out alive, will it come out healthy or sick, male or female… etc? Another form of the sale of the non-existent good is a common type in real estate, which is the sale of houses before their construction, as any obstacle may prevent the completion of the construction. The alternative to this sale is the Istisnaa’ contract, as will be explained in another article insha’Allah.

Another example of the sale of a non-existent good is what farmers do in terms of selling the fruits of a certain farm for several years ahead. This is gharar because this fruit is now nonexistent, so it isn’t possible to conclude the contract on something that we’re not sure of. Indeed, Sharia forbids selling fruits on trees before they ripen, because at that time, a pest or a disease may strike them, and the buyer will have paid his money for nothing. These transactions are two examples of gharar and they are forbidden.

A fourth form of gharar is the sale of what cannot be delivered, such as if a person sells his car that was stolen from him, with the hope that he’ll find it, or his phone that was lost.Among the forms of gharar is ignorance of the contract term, i.e. the buyer doesn’t know when he will take the commodity, or the seller is unaware of when he will receive the price. All this is gharar because the term is unknown.

A big example of gharar contracts in contemporary times is the conventional insurance contract, because the insured pays premiums until he incurs losses, then he takes an amount that covers losses, in return for the premiums he paid. Yet, he does not know how much he will pay because it depends on when the loss occurs, nor how much he will take precisely because it depends on the loss size, and if there are no losses, he will not get anything. The Fiqh councils have agreed on the sanctity of this contract.The insurance contract has a legitimate alternative, which is the Takaful contract. It is a contract based on mutual assistance and donation, and this is not affected by the presence of some ambiguity, because ambiguity is forbidden only in exchange contracts as previously mentioned, in which each of the parties asks for a return for what he gives, contrary to donation contracts which are based on waiver.

Similarly, an example of gharar in stock exchange transactions is options. In this type of contract, a person pays a certain amount of money and has the option to buy certain shares at a fixed price throughout the duration of the option. If the share price rises during that period above the agreed-upon price, he will buy it to resell it and benefit from the price difference. If the price falls, he won’t buy it because then he will buying at the high price and selling at the low price. This is gharar because the person pays the sum in the hope of obtaining a compensation for it, and he does not know whether he will get that compensation or lose his money.